A recently updated home and additional dwelling recently built in the rear of the garden has now been completed. The final touches of this build were to extend the parking at the front of the property, kerb and install drainage channels and link to a new soak away recently installed under the driveway. The remainder… View Article 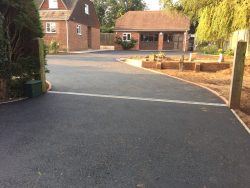 This project involved a large patio area and path around the house which was completed in a Indian sandstone, involving a 5 sized project pack. The driveway was surfaced in a HRA 45/10 tarmac and edged with a solid red engineering brick which highlighted the curved shape of the driveway. 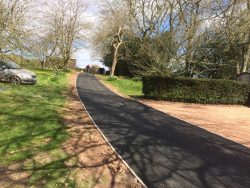 The old concrete driveway was removed and edged with concrete kerbs the resurface with a tarmac surface. The old gravel parking area was replaced using gravel retaining crates to stop the gravel moving down the slope. envira-gallery id=”3254″] This work on this large driveway included replacing some of the concrete edging kerbing that had been… View Article 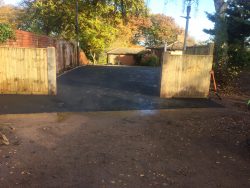 Driveway widened and paved. The old concrete driveway is broken up and removed along with the soil from the existing lawn. Both area’s are prepared and then paved using Marshall’s nova course in the stone grey colour. Finally the drop kerb is extended to allow access to the whole driveway. originally one entrance to two… View Article 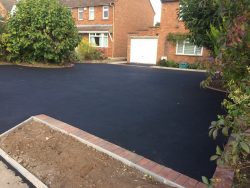 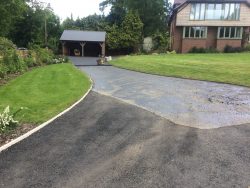 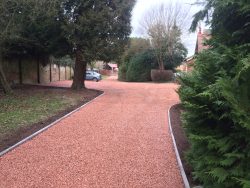 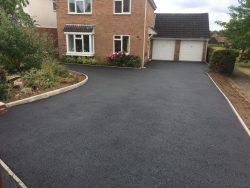