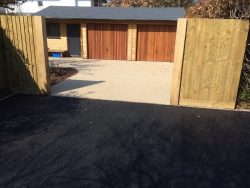 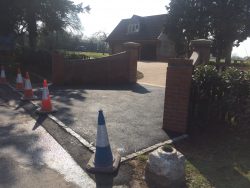 This was a property we had recently carried out work in creating a large driveway and a low garden wall, due to the high standard of our previous work we were asked to carry out additional work to the property. First we carried out a overhaul of the front entrance that involved building two new… View Article

Old fence given a cover over using red cedar tongue and groove boards. 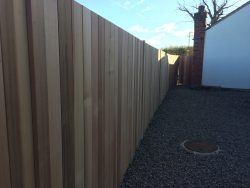 We had recently carried out a large amount of work at this property which included paving the driveway and entrance along with building two new brick pillars for the new entrance gates. We had also carried out a couple of sections of fencing at the same time, due to this we were asked to find… View Article 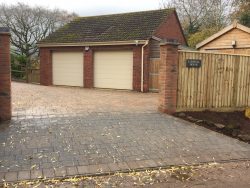 This project involved block paving of the driveway and entrance ,along with two sections of fencing and a set of brick pillars for new entrance gates to be fitted at a later date. First up was the removal of an old overgrown hedge at the front of the property followed by the building of two… View Article 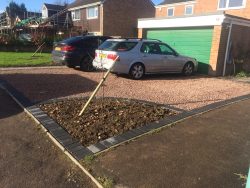 This was a property we had previously carried out work ,involving creating a new patio area at the rear of the property after a large extension had been completed in 2016. Due to the high quality of our previous work the customer asked us to carry out the final stage of the building work by… View Article 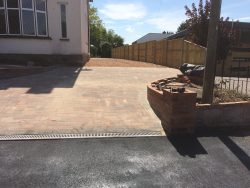 This project in Ledbury Herefordshire involved creating a whole new driveway and entrance. The property had recently changed hands and the new owners were looking to utilise the space at the side of the property that had been purchased by the previous owners . First the large hedge and old fencing were removed followed by… View Article 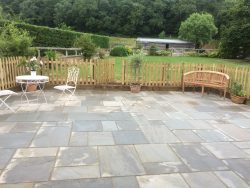 This project involved creating a new large patio area for entertaining and a new picket fence around the patio with three gates to stop young children and pets straying out on to the farm. First of all an area of lawn is excavated to the shape of the proposed patio and a sub base layer… View Article 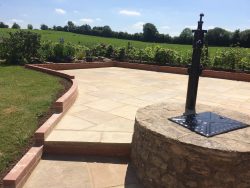 This was a interesting project where we were asked to remove the old existing patio and the build a new patio lower into the ground to give a better eye view of the large gardens and lawn area as well as being sheltered from the open farmland surrounding the property. Once the old patio was… View Article